The Benefits of Conveyor Belt Use in Mining

With the advent of new technologies in the mining industry, transportation has become both easier and cheaper for business owners. The best idea so far, conveyor belts, has been an increasingly popular alternative to more traditional train tracks and mining vehicles. When logistically possible, most companies have installed these systems in their mines for countless reasons, but the most important are outlined below.

Unlike trucks or man-operated vehicles, conveyor belts are able to continuously carry the desired material each hour with no need for stops or dumps. Because the coal or mined material can also be placed directly onto the conveyor belt, on- and offloading time is reduced dramatically. A related benefit is that regardless of the amount of material you are transporting, the cost of operating a conveyor belt is the same.

From an environmental standpoint, conveyor belts require far less energy to operate than do diesel-powered machines or trucks that emit fossil fuels, and they are generally more efficient in utilizing fuel as well.

The mining process in general produces high amounts of dust and dirt (that can have an adverse effect on workers when inhaled), and large mining vehicles only contribute to the dusty environment. Contrastingly, conveyor belts displace a far less amount of dirt.

If a mine is near a suburban area, noise control can also be an important problem to solve, and conveyor belts are the most popular solutions by far. Unlike noisy trucks with loud engines that must travel both in and out of the mine, once installed, conveyors are quieter and will cause little, if any, noise disturbances.

Any mining vehicle will need a large tunnel to move material effectively, and the process of excavating this area safely can be time-consuming. Alternatively, conveyor belts come in a variety of sizes, but almost all require far smaller areas to operate in.

The total cost of a mining truck is high, and added labor costs make transportation one of the most expensive aspects of operating a mining company. A conveyor belt eliminates the need for such machinery and allows workers to devote more time to other areas of the business.

While it might be a big investment, in a comparison of upfront costs, the modern conveyor system will almost always win over its counterpart and is recommended in mining services devoted to coal, salt, and other important elements and minerals. 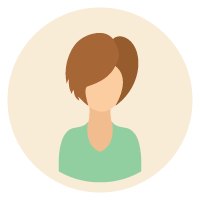 Hi, my name is Jules and welcome to my blog. From the first time I stuck a wire in a potato and got a light, I have been enthralled by electricity. As I got older, I even began wiring my own homes. Although I love to play with electricity, I certainly don't like to waste it. Because of that, I have creating a number of lighting designs to save energy. It can't just be about the wires. It has to also be about windows, position of the overhead and side lights, integration of solar panels and other elements. Please explore this blog and enjoy!